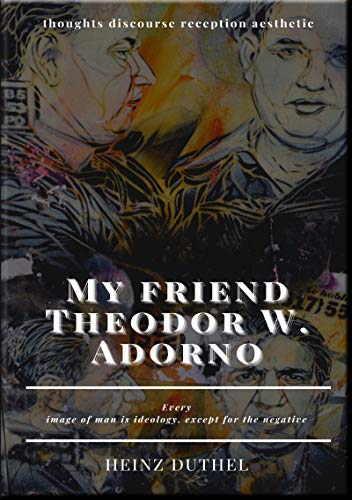 Open Sesame! I want to go out.
"The Hegelian motif of art as a consciousness of need has been confirmed beyond everything that can be foreseen from it." (Adorno 1973: 35)
Theodor W. Adorno's conception of art occupies the central position in his entire work. In addition to philosophy and sociology, it is above all literature and music that Adorno's thought deals extensively with. In it he sees the only possible trailblazer for a more just society. In the modern age, only art is still able to create a state that is free of domination, i.e. to oppose the subjective means of end, rationality of use and domination. "Those were still good times when a criticism of the political economy of this society could be written that it took at its own ratio ." (Adorno 1987: 284)
With his concept of art, Adorno is directed against any practice that, on the Marxist side, did not lead to the promised Telos, but to totalitarianism and mass murder. Beyond any ideology, Adorno tries to find a possible way out of a society saturated with domination in aesthetic reception.
Similar to Habermas, who, based on Adorno's critical philosophy, sees a way out of the subject-object separation in casual communication (Habermas 1988: 346), the avant-garde works of art are, according to Adorno, the communication instance that mediates subject and object with one another without the object and the subject is suppressed. Mastery of nature can be overcome by reason becoming reflexive.
Here Adorno can be read as Hegel's legacy, since he was already trying to find a way out of the dichotomy between subject and object in modern dialectics, which modernity was most strongly represented by Kant (Habermas 1988: 27). However, Hegel is criticized by Adorno for the concept of conceptual thinking, since this thinking is identifying and thus did not lead out of the aporias of modernity, i.e. the reification of objects (nature), but even radicalized them (Wellmer 1990: 137) .
Adorno developed his own neo-Marxist aesthetic theory, which was primarily directed against the traditional German idealism. He describes it as “materialistic-dialectical aesthetics”, since it can only be determined in relation to its other, empirical reality, and especially as a process (Adorno 1973: 12). Bourgeois art also tends to shift the social aspect to the outside, i.e. to the extra-social, uncritical (Adorno 1973: 334).
Isolated passages of the "Endgame" by Samuel Beckett in this work should lead to a deeper understanding of Adorno's conception of art. However, since its scope is limited, a more detailed interpretation of the piece is not given. Beckett himself disliked this, by the way. Rather, fragmentary text passages serve to clarify Adorno's theses.